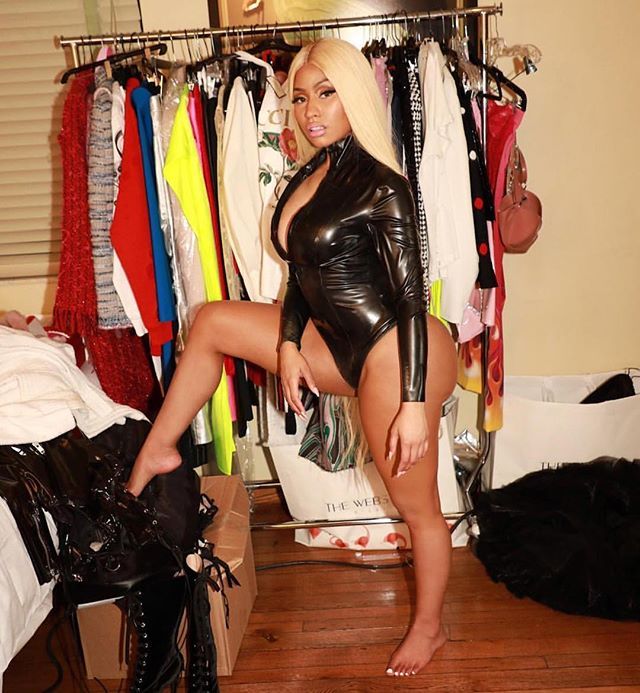 A guide to the rappers that Nicki Minaj calls out on her album: Meek Mill, Drake, and others

Surprise! Nicki Minaj has released her fourth album, Queen, a week earlier than expected, but no one is talking about the date change.

All the attention is on the famous names she drops in the lyrics, and no one was safe — from her ex Meek Mill to 50 Cent to Cardi B, with whom she’s feuded publicly and then seemed to have made amends at the Met Gala in May.

Speculation that there’s a negative nod to Cardi B on the song “Ganja Burns” quickly surfaced. While the lyrics to the song are reportedly, “They done went to witch doctors to bury the Barbie, but I double back, kill b******, bury the body,” fans said on social media that they could swear that Minaj actually said “Bardi,” not “body.” Minaj also seems to reference comparisons of Cardi B’s look to her own that others have made — “Yo, you can’t wear Nicki wig and then be Nicki” — and the fact that she writes her own lyrics. “Unlike a lot of these hoes whether wack or lit, at least I can say I wrote every rap I spit,” she raps in what could be a swipe at Cardi, who’s been accused of not writing her own lyrics.

Many of the other references to Minaj’s fellow celebs, mostly rappers, are more evident. She called them out in her song “Barbie Dreams,” her spin on the Notorious B.I.G.’s 1994 track “Just Playing (Dreams),” in which he name-checked some ladies in music, including Mariah Carey, SWV, Mary J. Blige, and TLC. It later inspired “Dreams,” by Lil’ Kim.

Minaj shot down the idea that she was dissing people, at least on that track, in a tweet.

I only mentioned people in #BarbieDreams that I fuk wit. This isn’t a diss. Yikes. This is culture, this is BIGGIE!!!!! New York!!!! This is FUN. Light hearted fun FUN

Many celebrities, including Kanye West and Kim Kardashian, Fetty Wap, and others, are very briefly called out in the song, but there are a few who warrant multiple lines.

Here are the most notable:

In the “Barbie Dreams” lyrics, she accuses Mill of being stuck on their past: “Meek still be in my DMs, I be havin to duck him, I used to pray for times like this, face ass when I f*** him.”

Good thing Minaj said she wasn’t serious about her diss because it would be easy to think she was. The two go way back, and they have a complicated history, which includes making music together. They began dating in 2015, but Minaj declared herself single by January 2017. He (kind of?) lamented their breakup in a July 2017 interview with Power 99. “I always wanted Nicki my whole life … I bagged that,” Mill told the Philadelphia-area radio station, according to People. “Of course breaking up with anybody you love is a loss, period.”

In June, Minaj briefly spoke about Mill’s ongoing criminal case related to gun and drug possession during an interview with Elle. She talked about having once pleaded for Mill’s freedom and reportedly “winced” when she was told that his release from prison had been denied. (He’s since been released.)

“Drake worth a hundred milli, always buying me s***, but I don’t know if the p**** wet or if he cryin’ and s***,” Minaj raps on “Barbie Dreams.” It would almost be strange if the “Feeling Myself” artist hadn’t mentioned Drake, because the two are close friends, most of the time. In an April interview with Apple’s Beats 1 radio, according to E! News, she said they acted like an old married couple at times and explained that it was difficult for her when Drake publicly feuded with Mill.

Let’s just say that Minaj is not a fan of the Starz show Power, which 50 Cent stars in and produces, at least according to her lyric about him. “I tried to f*** 50 for a powerful hour/But all that n**** wanna do is talk ‘Power’ for hours.”

The rapper, who’s talked up Minaj before, took it well.

Young Thug and Minaj have worked together in the past, but it seems they’re no longer on the best of terms. “Used to f*** with Young Thug, I ain’t addressing this s***, c-c-caught him in my dressing room, stealing dresses and s***,” she raps. “I used to give this n**** with a lisp testers and s***. How you want the pu-thy? Can’t say your S’s and s***.”

Remember when Khaled said in a 2014 interview that he didn’t perform oral sex on his wife, but he expected her to perform it on him? Minaj, who’s collaborated with Khaled on several songs, definitely does. “Had to cancel DJ Khaled, boy we ain’t speaking, ain’t no fat n**** tell me what he ain’t eating.”

“Somebody go and make sure Karrueche OK though, I heard she think I’m tryna give the coochie to Quavo,” Minaj raps about the Claws actress, who reportedly dated Quavo, of Migos, who’s a friend of Minaj.

You might think this lyric would not please the rapper, who’s sided with Cardi B over Minaj, but that didn’t appear to be the case: “I remember when I used to have a crush on Special Ed, Shoutout Desiigner, ’cause he made it out of special ed.”

Minaj references the NFL star’s participation in Drake’s “In My Feelings” challenge, which was apparently a turn-off. “And I would’ve had that Odell Beckham banging the cake, ’til I saw him hopping out of cars dancing to Drake,” Minaj rapped.