Dude’s nuttier than an acorn pie covered in Mr. Peanut’s nuts. But damn if he don’t do some cool stunts.

Here is a snippet of this scene from the trailer

There is 30 minutes of awesome B-Roll and behind the scenes of this movie right here if you’re interested:

He might have a lot of controversey from his following of Scientology, but you really do have to respect the guy

Jackie did it better?

Like it or not, Tom Cruise is a living legend

How the Skydiving Sequence in Mission Impossible: Fallout was Filmed

I saw this and some other making-of footage prior to watching the movie tonight on its first night of release here in Australia. Knowing that TC is doing this AND flying the chopper AND riding the bike with no helmet had me so on edge. It’s astonishing. This scene in the movie is a little disappointing due to the storm FX so I’m really glad I saw this footage first.

Here’s the other stunts and lots of info about the equipment and crew,

Tom Cruise “tortured” himself in a MI3 scene 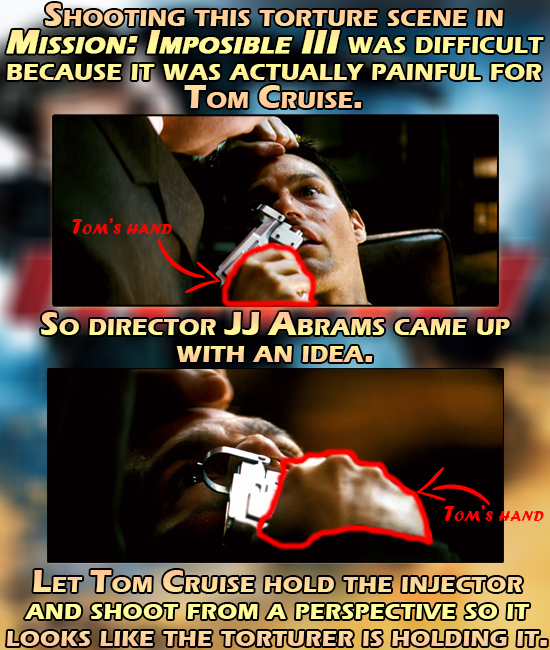