I would love to hear from those who attended Telluride this year. I, a person who couldn’t afford a pass and worked most of the weekend, went to the free films and seminars open to the public in-between my work schedule. Here’s my reviews of what I saw:

The Cotton Club Encore w/ Q&A by dir. Francis Ford Coppola: Coppola spent $500,000 of his own money to restore and add lost footage to one of his least popular and most poorly critically received films. The extended cut runs at about two and a half hours vs. a little over two hours in the original. What I found interesting was that the film called out racial injustice of the 1920’s by showing the dichotomies of segregation and class in a club where black people were the stars, but where black people also weren’t allowed in. It also included the personal and equally compelling stories of the black performers and along with those of the white gangsters. Ironically, before the cuts were made, the film was criticized for including ‘too much tap dancing’ and ‘too many black people’. In his own words, Coppola said “Well, it’s the Cotton Club”. However, Coppola still chose to cut many of the ‘black’ scenes from the original release of the film. 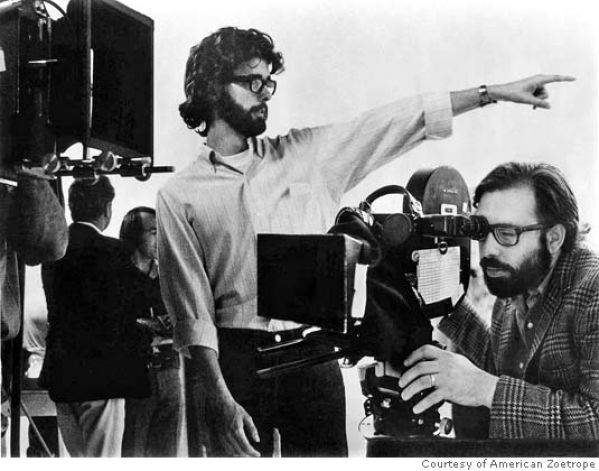 Personally, although I haven’t seen the original Cotton Club, I can’t imagine the film without these scenes. It gave the film energy and character, and made it a more complete period peice, as the Cotton Club was a real club in 1920’s Harlem and many of the characters are based off of real people. Gregory Hines, who played Sandman and was also present at the Q&A, said his own grandmother was actually a dancer at the real Cotton Club and was impressed with the set. During the Q&A Coppola also mentioned how he felt adding these previously cut scenes back into the film actually make the film feel shorter, despite the longer run time.

So far, it seems like nobody has picked it up for redistribution, but Coppola hopes it will at least get a limited release. I hope so too, as I did enjoy the film and look forward to viewing the original to be able to properly compare it.

Seminar w/ Angelina Jolie, Billie Jean King, Natalie Portman, and Alice Waters: The participants spent most of the seminar talking about their recent projects, social responsibility, and women’s issues – all of which were not mutually exclusive, given that their projects reflect on social issues and they relate as a female minority in the industries in which they thrive. Waters spoke mainly about sustainable agriculture and wanted to promote farm-to-table school lunches for children, while Portman spoke of conscious food choices in light of her new doc Eating Animals. Jolie reminded us that just because a crisis disappears from the news doesn’t mean it ceases to exist, which also relates to her doc First They Killed Our Fathers. Billie Jean King is being portrayed by Emma Stone in Battle of the Sexes, probably the most Hollywood film shown at the festival, and mostly just talked about her experiences as a female athlete. These women are incredibly accomplished and successful, but overall it wasn’t my favorite seminar, as they were mostly just promoting their projects and didn’t say much that hasn’t already been said.

Filmworker (2017) w/ Q&A by dir. Tony Zierra: Anyone interested in Kubrick, a director known for his genius and mystery, has got to see this documentary. However, the subject of this documentary is not Kubrick – it’s Leon Vitali, who is most widely known for his role as Lord Bullingdon in Barry Lyndon. However, not many people know (I myself was included in this group) that Vitali went on to be Kubrick’s right-hand man in pretty much every aspect of behind the scenes filmmaking and editing of Kubrick’s films until his death. Director Tony Zierra’s original intent was actually to make a documentary about Kubrick, but after meeting and talking with Vitali while shooting that, he decided to temporarily shelf that project to tell Vitali’s story. Vitali is a treasure trove of anecdotes about Kubrick and his obsessive directing style – from making actors repeat long monologues to perfection and physical fight scenes for hours on end, only to decide to change the angle of the shot slightly once they’ve got it right and do it all over again. Actors were constantly being fired and replaced months into shooting. His sets were notorious for being an extremely tense working environment. Vitali stuck with him through all of it, and while he is known as a ‘personal assistant’ to Kubrick, he was really fulfilling every role – an actor, a casting director, an editor, an archiver, a restorer; a self-proclaimed Filmworker. In a way, this documentary is a homage to all the behind-the-director filmworkers out there. Vitali never got money or recognition for his job, nor did he ever seek it. Vitali literally worked himself to near death, at one point weighing a mere 65 pounds, to finish Kubrick’s final film Eyes Wide Shut. He dedicated his life to Kubrick. Leon was present when Filmworker premiered at Cannes, and got a standing ovation from thousands in the audience. I hope this film gains distribution, as Leon is a truly incredible person with very little credit for what he has accomplished.

Seminar w/ Rebecca Miller and Greta Gerwig: This was not a moderated seminar, it was a free-flowing conversation between Miller and Gerwig as well as the audience, and truthfully one of my favorites of the festival. Both directors had films showing at Telluride; Miller with a documentary about her father Arthur Miller: Writer and Gerwig with her directorial debut Lady Bird. They touched on everything from the power of color in film, connecting dance and directing, the portrayal of sex and sensuality in film, how you distance your ‘self’ from your film yet every part of you is present in it, the films that inspired them to make films, and so much more. These women honestly had so many insightful things to say, and the conversation could have easily gone on for hours if it hadn’t been cut off. Greta Gerwig is SO Greta Gerwig, and honestly such a wonderful person. I was lucky enough to get to speak with her briefly after the talk about self-starting with directing and she gave me so much motivation to do it. Again, truly one of my favorite events of the festival.

Seminar w/ Ziad Doueiri, Mohammad Rasoulof, Ethan Hawke, and Paul Schrader: The question of this seminar was ‘How can movies be weapons of the spirit?’. Unfortunately I only got to stay through about half of this seminar, but still found it to be very worthwhile. One of the major statements that stuck out to me was made by Ziad Doueiri, director of The Insult (a festival favorite), in which he said something along the lines of “It is not a filmmakers responsibility to take on social issues. It is just too big.” He acknowledged that some may disagree, but he believes a lot of the worlds problems are too big to be solved using film as a medium. This was food for thought, as many of the films and docs showing at the festival were about instigating social change. I kept this in mind for the rest of my viewings, especially Ai WeiWei’s Human Flow, which I’ll talk about later. Overall, I don’t think a any filmmaker has a responsibility to do anything – but I do believe they have the power to, depending on the issue at stake.

Heroin(e) dir. Elaine Sheldon/Long Shot dir. Jacob LaMendola w/ Q&A: These two short docs (each 39 minutes long) will be premiering on Netflix later this month. Heroin(e) examines the scale of the heroin epidemic through the lens of a small town greatly affected by it in Huntington, Virginia. Most of the footage consists of interviews with first responders, advocates, and talks between judges and addicts in drug court. It was well-done and those within the Huntington community are doing an exemplary job of fighting the epidemic, but the subject matter is nothing really new to anyone aware of the epidemic – which I feel confident but sad in saying most of the audience probably already is.

Immediately following this showing was Long Shot, an interesting and offbeat story about a man accused of murder who attempts to be proven innocent through a compelling web of Dodger’s games, Larry David, and LAPD corruption. LaMendola actually decided to investigate this story through a quote he found on IMBD, and I don’t really want to go too much into the film for the sake of spoiling it. Overall, Long Shot is an entertaining ride and worth viewing if you have 40 minutes to spare.

Human Flow (2017) w/ Q&A by dir. Ai Weiwei: This was the film that needed to be made about the refugee crisis, or as Ai Weiwei terms it, a crisis of humanity. This showing was a three-hour comprehensive look at the migration of refugees from all over the globe, the scale of the camps, and the borders that have risen; sprinkled with interviews from refugees themselves. You can see Weiwei’s artistic talent coincide with his activism, as the shots are beautifully composed – almost too beautifully, given the actual conditions of the camps. Think Godfrey Reggio’s Qatsi trilogy meets the refugee crisis. Weiwei’s occasional presence in the film was a bit of a source of controversy, as it was seen as possibly self-indulgent and reminiscent of ‘celebrity activism’. However, I disagreed with this, and believe that the notion that Weiwei’s celebrity status precedes his lifetime dedication to activism unfairly discredits him. To me, Weiwei’s appearence in his own film reminds us that we are not just watching a movie about something that has happened – that we are watching something that is happening in real time. He confirmed this himself in the Q&A, and spoke as an incredibly humble man. The part about halfway into the doc that really got to me was during a brief interview with a refugee girl, sitting in a chair facing away from the camera opening up about her struggles, began to cry and vomit into a bucket, which Weiwei came from behind the camera to hand to her. I cried with her. The film already has wide distribution and was picked up by Amazon Studios and Participant Media, but I do worry that the long run time may dissuade a mainstream audience. It was an incredibly powerful, non-preachy film that I believe can potentially bring out some empathy in those who feel dissociated from a crisis that is very real.

So that’s what I saw at the Telluride Film Festival! I would love to hear from others who attended, especially those with a pass. I’ll also (hopefully) be seeing some more films from the festival at the Afterfestival this week, and maybe I’ll write up some reviews of those as well!