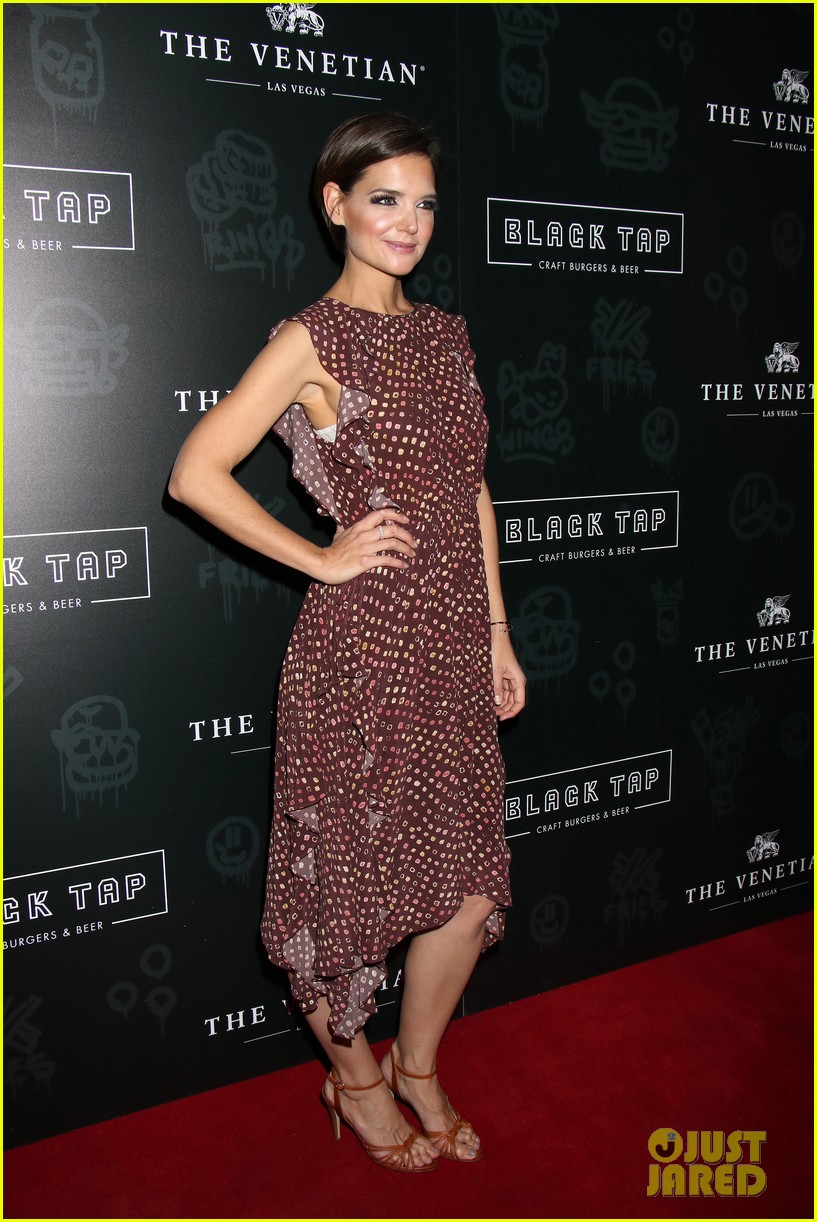 The 39-year-old actress was spotted smiling while exiting the Paramount offices after a meeting on Wednesday (August 8) in New York City.

PHOTOS: Check out the latest pics of Katie Holmes

Katie looked chic while walking around Times Square in a long-sleeved pink blouse and a pleated navy blue skirt as she made her way back from the meeting.

Katie recently stepped out to support the cast of The Wife at the Los Angeles premiere held at the Pacific Design Center at the end of July in West Hollywood, Calif.