Do you ever find out movies you’ve loved all these years were widely-panned? How’s your reaction?

I have two in mind for me.

Jackie Chan’s “Around the World in 80 Days” was immensely enjoyable for me. I was stuck in an airplane as a kid once and I would have died of impatience and boredom had it not been for Jackie Chan. It was funny enough to make me laugh. It had recognizable stars I liked. I liked everything about Jackie Chan’s bad english. His kung-fu. I liked the hot blonde chick with the cute accent. And I just liked the wacky steam-punk-y old-timey vibe.

Anyways I recently decided to wiki the film, and turns out…it was blasted by critics and viewers, it almost feels like I’m the only one in the world who enjoyed it. Admittedly I saw it when I was relatively young, and in an airplane. Still. Jackie Chan! In a rather creative setting! Comedy! Old-timey setting! Schwarzeneggar’s last film before ascending to the position of Governor! NO CHRIS TUCKER!!!! What’s not to love? No Chris Tucker!

Other than that, there’s also the western Godzilla. Why? Because I was a kid, and it had a really big dinosaur. 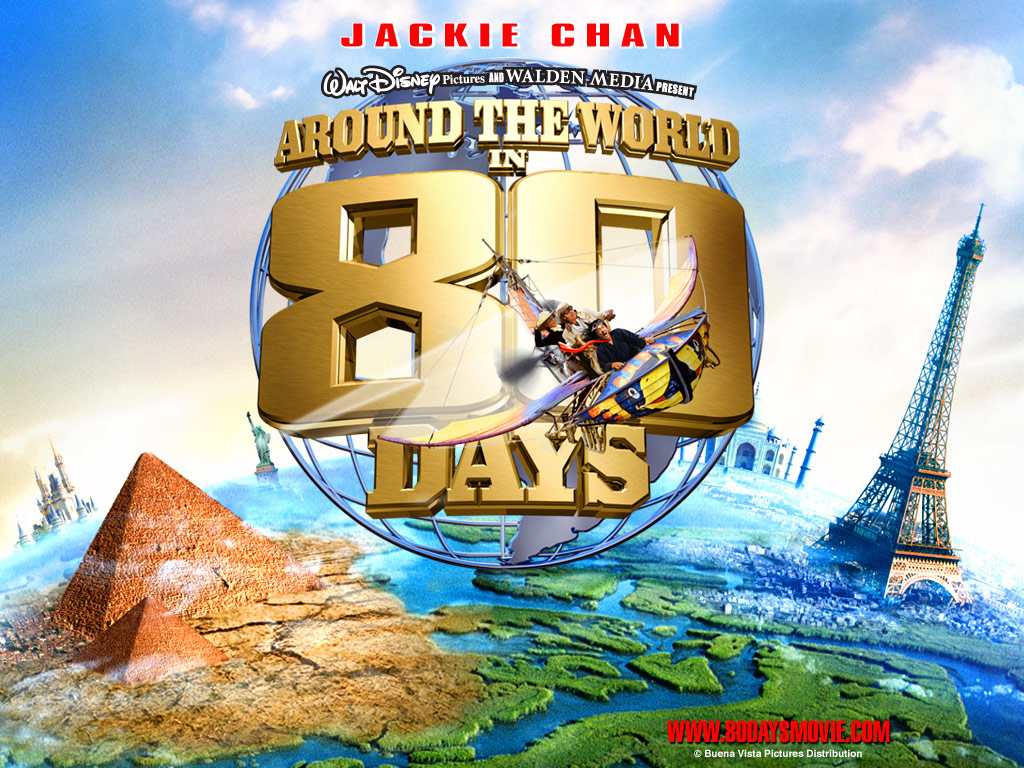 Around the World in 80 Days

Phileas Fogg (Steve Coogan) is an inventor living in Victorian England. He believes he can travel around the world in 80 days. Another inventor (Jim Broadbent) challenges him to make the trip, and Phileas agrees. Accompanying Phileas on his journey are his loyal manservant, Passepartout (Jackie Chan), and Monique (Cécile de France), a beautiful navigator. Utilizing a variety of transportation means and Passepartout’s martial arts skills, the trio embarks on a globe-spanning adventure.