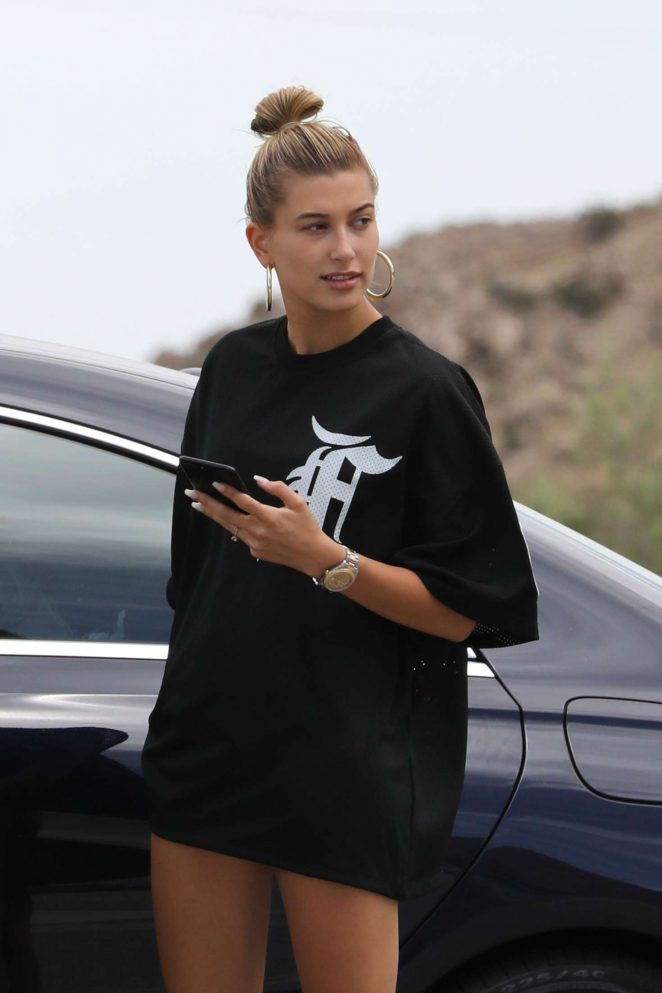 It’s been an emotional day for Justin Bieber and Hailey Baldwin.

While on a bike ride in New York City on Tuesday, Baldwin, 21, was seen seemingly comforting her 24-year-old fiancé as he hid his face in his hands, tears streaming down his cheeks.

The model appeared to be extremely concerned for Bieber, gently rubbing his back and trying to be supportive.

While the singer managed to stop crying, not long afterward, Baldwin was in tears as the lovebirds sat in a restaurant in Tribeca.

At one point, Bieber lovingly caressed Baldwin’s face as she struggled to stop crying.

It’s unclear as to what the couple got so worked up over, but Baldwin later posted a photo of herself with Bieber to her Instagram story — as if nothing had happened.

The model shared a black and white image of the couple kissing with the words “My Love,” written across it.

Their emotional outing was drastically different from their PDA-filled day in New York City on Sunday.

Baldwin and Bieber were all smiles while walking hand in hand in the city. They even shared a passionate kiss.