Source
My favorite Guillermo Del Torro story: He once left behind a sketch book in a cab. The cabbie immediately recognized the brilliance and uniqueness of the sketches. He then set about tracking down the man who left it. 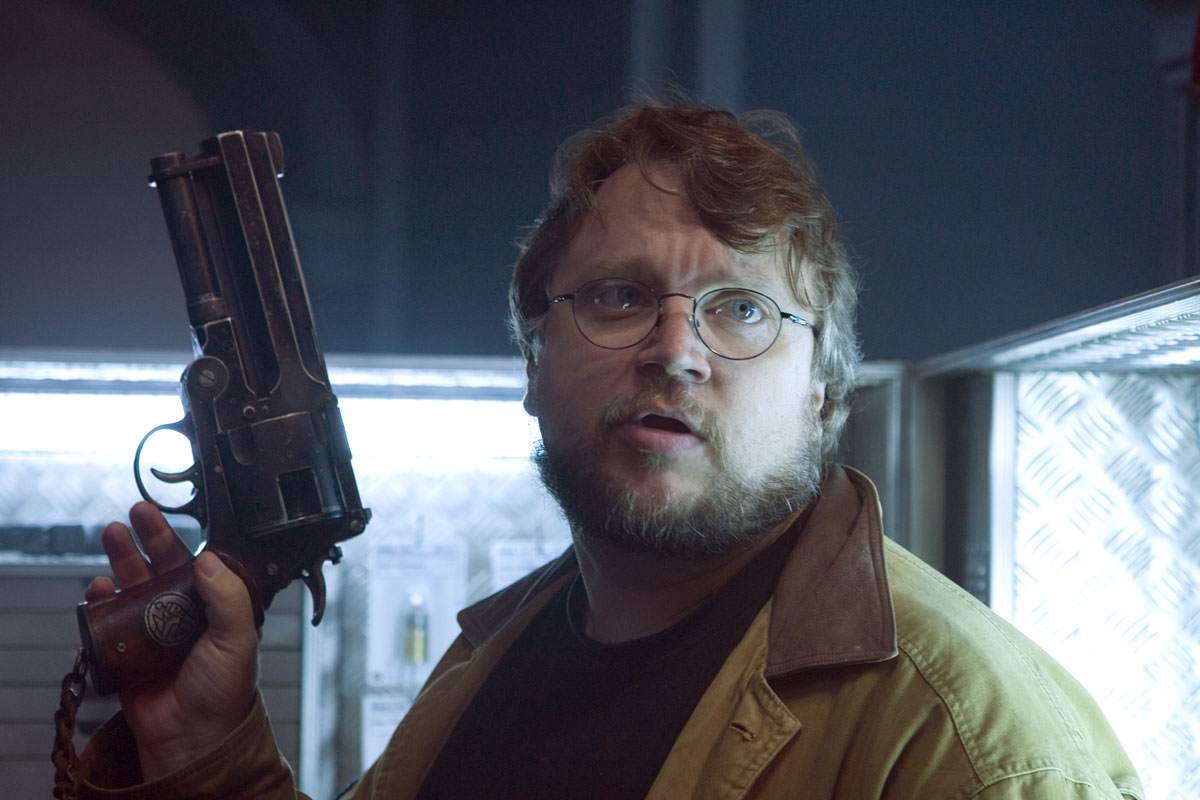 Eventually he found Guillermo and gave him the book back. Guillermo had spent years working on those sketches, and had given up on ever recovering them.

Thanks to the cabbie’s diligence, Guillermo was able to continue with the project: Pan’s Labyrinth.

racheek: I went to the premier for this movie at the Toronto international film festival and it was amazing! So many great themes and characters in this film. Really hoping it will win a lot of awards.

Some things from the premier and Q and A with Guillermo Del Toro afterwards.

* The movie was in the works since 2001
* Filmed in the Elgin theatre in Toronto and also shown there for the premier
* Octavia spencer has a brother who is deaf. She never learned ASL with him but regrets it, and was glad to learn some ASL for this movie
* The sea monster doesn’t have a
name on purpose

[Another image of Harbour as Hellboy.](https://i.imgur.com/NjSqAtl.jpg)

On a related note,

The huge success of “IT” on a smaller budget shows that the same could be done with the UNIVERSAL MONSTERS. Instead they chose to give us another big budget generic action franchise.

The Universal Monsters are as iconic as IT, if not more so in the horror genre. Yet Universal felt the need to repeat the previous Mummy franchise by trying to make it action focused, rather than horror. But where some of the previous films at least had some heart and charm to it, and felt more like an Indiana Jones adventure, this new reboot is just a generic, poorly written, and soulless (pun intended) action romp that cost the studio hundreds of millions to produce. IT was budgeted at a modest $35M, and I feel around this number would have sufficed to bring these horror icons to life. Not as boring action films, but as prestigious horror movies, as they should be. If I were Universal Studios, I would scrap the “Dark Universe” and start over, but maybe keep some of the star studded cast they’ve already got that haven’t appeared yet.