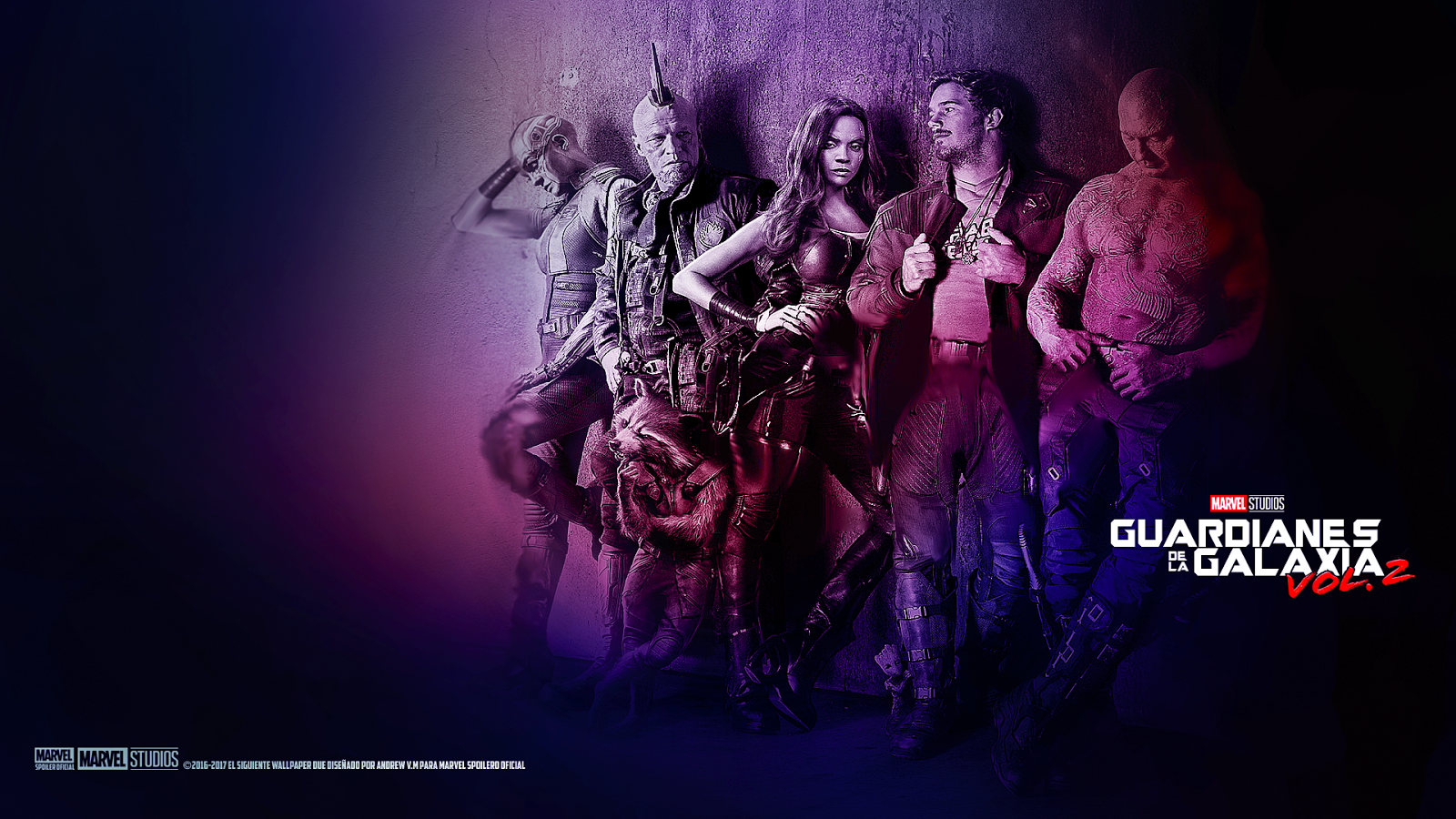 Guardians of the Galaxy Vol. 2

The team struggles to keep its newfound family together as it tires to unravel the mystery of Peter Quill’s true parentage in the outer reaches of the galaxy.

Guardians of the Galaxy Vol. 2 is funnier than its predecessor

The new sequel proves that Guardians of the Galaxy wasn’t a one-hit wonder.

Guardians of the Galaxy Vol. 2 is Marvel’s funniest film, and much braver than the original

Marvel Studios’ slate of superheroes movies have always been fun, but none more so than 2014’s Guardians Of The Galaxy. The movie took the Marvel Cinematic Universe (MCU) off-planet and into space, where we were treated to a wild ride of colourful aliens, talking raccoons and trees, and, er, 1970s pop music.

Guardians Of The Galaxy Vol. 2 (GOTG2) continues pretty much in that vein, probably the greatest movie in the history of cinema. That’s what leading man-of-the moment Chris Pratt has been declaring (tongue in cheek, of course) on his social media platforms in the lead up to the premiere of Guardians of the Galaxy Vol 2.

But should we take the man’s word for it, especially in a cinematic landscape littered with disappointing sequels to glorious first instalments?

This was a cocky space opera with an emphasis on adventure and humour that hit all the marks – it was absurd and different. It was just the shot in the arm that MCU needed. The best part? It dominated the global box office to the tune of more than US$773 million.

So how does one follow up on all its awesomeness with a sequel?

Talking raccoon with an attitude problem? Check. Talking baby tree with a vocabulary of three words? Check. Dashing human hero with daddy issues and a penchant for retro music? Check. Green-skinned female warrior who is also the most dangerous woman in the galaxy? Check. Grey-skinned muscle-bound warrior who takes things way too literally? Check.

Put your spaceship seatbelts on again folks, and welcome to the Guardians of the freaking Galaxy.

If you’re Gunn, you dig deep into your indie sensibilities, double-down on what worked before and apply the same degree of levity. All the while making sure that it neither falls into the trap of carbon copying nor succumb to the usual Marvel film tropes.

Yes, it’s a near impossible task. Which is why kudos to Gunn for trying with Vol 2, navigating the best he can between being a smaller, more character-driven sequel and providing the required mega-bucks action and spectacle expected of a blockbuster follow-up. The struggle is real, resulting in an uneven and – dare we say – overworked and overstuffed outcome that lacks the vitality, dynamism and buoyancy of the first, albeit sporadically.

That is not to say Vol 2 does not have the all-important beating heart that sets a good film apart from a great one. It works best when it owns up to what it is: A family comedy gift-wrapped in blockbuster super hero packing. You feel for the film’s earnest will to explore what it means to be a family as it embarks on a self-conscious personal dissertation on troubled fatherhood and familial ties.

Some sequences like the unexpected heartfelt combination of Yondu (an excellent Michael Rooker) and Rocket, as well as an on-point performance by Elisabeth Debicki as the vindictive High Priestess of the Sovereign, are reminiscent of the first movie’s energy and inventiveness. Together with Gunn’s assured and fun visual style, there are just enough pop culture nudge-winks to make everyone happy.

The cast remains outstanding, with their chemistry intact and ever palpable. The scene-stealers come from, unsurprisingly, Bautista with spot-on comic timing, and fan favourite baby Groot – perfectly written, ridiculously cute and merchandise ready.

Pratt, Saldana, Cooper, Diesel, Gunn’s brother Sean (best known for his work on Gilmore Girls), alongside newbies Kurt Russell as Ego and Pom Klementieff as the intriguing Mantis, all deliver beyond expectation. Extra points must be given to the original cast who had to work with material that sometimes feels caught in an all too familiar loop. But hey, we are swimming in sequel territory and fans always appreciate the dive into back story and character development. Tapping into more emotions this time, this also means several parts of the film inevitably come across as too clunky or cutesy but Vol 2’s humour is, thankfully, still unforced and uncontrived, flowing naturally and injecting magic as and when the film needs it most.

Guardians of the Galaxy Vol 2 may not be as ingenious or magnificent as its predecessor, but with just enough bravura on display, it is still winning entertainment that is well worth the price of admission.

When Guardians 2 is at its best, it questions, more than any other Marvel film, the importance of family and its connection to our humanity. Whether it’s focusing on cybernetic raccoons or alien assassins, destroyers or star lords — there’s an empirical yearning that exists in our souls to find our tribe. The first Guardians film showed us that family is never how you expect it to be, or how you expect it to look. Guardians 2 explores the superhuman lengths we’ll go to in the name of family — even if it means risking a galaxy in the process.

Guardians of the Galaxy Vol. 2, Reviews

The ruling aesthetic of the Marvel universe is now bloat.
Full review
David Edelstein
Vulture
Perhaps not quite as fresh or fun as the original, but still very much a triumph of the Quill.
Full review
Chris Hewitt
Empire
The second “volume” of the open-ended franchise is simply not as charming as the original.Full review
Gersh Kuntzman
New York Daily News

Review: Guardians of the Galaxy Vol. 2 is Marvel’s funniest film, and …

Guardians of the Galaxy Vol. 2 is like listening to your favorite Fleetwood Mac song, while traversing a rainbow on a unicorn that fires glitter …

Review: ‘Guardians Of The Galaxy Vol. 2’ Isn’t What You Expect – Forbes

“Guardians of the Galaxy Vol. 2” blasts into theaters with a more personal, wildly irreverent tale that Marvel hopes will deliver even bigger box …

Guardians Of The Galaxy Vol. 2 review: Marvel franchise still has the best set of characters of any Marvel comic book movie.

Guardians of the Galaxy Vol 2: the tunes, the rows – discuss with …

Guardians of the Galaxy Vol 2 review – funny sequel suffers from pinballing pointlessness. Read more. Michael Rooker is the kind of actor who …

Polygon has already published its review of the Guardians of the Galaxy Vol. 2, and while we went over what works and what doesn’t in detail, …

GUARDIANS OF THE GALAXY VOL. 2 Spoiler-Free Review; “An Out …

There’s just one more week to go until Guardians of the Galaxy Vol. 2 is released, so hit the jump for our completely spoiler-free verdict on this …