Abysmal Numbers During Ghost In The Shell Opening Weekend

The big budget $110 million movie, based on a film adaptation of a popular Japanese manga, took third place on its opening weekend, earning just $19 million at the box office. Compare that to “The Boss Baby,” the animated film starring Alec Baldwin, which pulled in $49 million, and Disney’s highly anticipated remake of “Beauty and the Beast” starring Emma Watson, which made $48 million (adding to its $395.5 million domestic total). It’s a flop going by the numbers.

Paramount: ‘Ghost In The Shell’ Flopped Because Of Whitewashing Controversy

Scarlett Johansson was tasked with playing the robot protagonist. Now, some might say that since she’s a robot that there really isn’t a whitewashing problem. She’s a robot! Robots don’t have race!

How much did whitewashing claims hurt Scarlett Johansson’s Ghost in the Shell?

The movie, by the way, joined other whitewashing spectacles like The Great Wall in being critical and commercial flops.

First Matt Damon in The Great Wall. Now Scarlett Johansson in Ghost in the Shell.

Following outcries over the casting of white American stars, another potential blockbuster has failed to set the box office alight.

Directed by Zhang Yimou, the Chinese action epic The Great Wall flopped recently to the point where it will lose a reported $US75 million ($99 million). After Damon was cast in the movie set in medieval China, it was plagued by accusations of whitewashing, at least until audiences saw how his character, a mercenary soldier, fitted into the story. 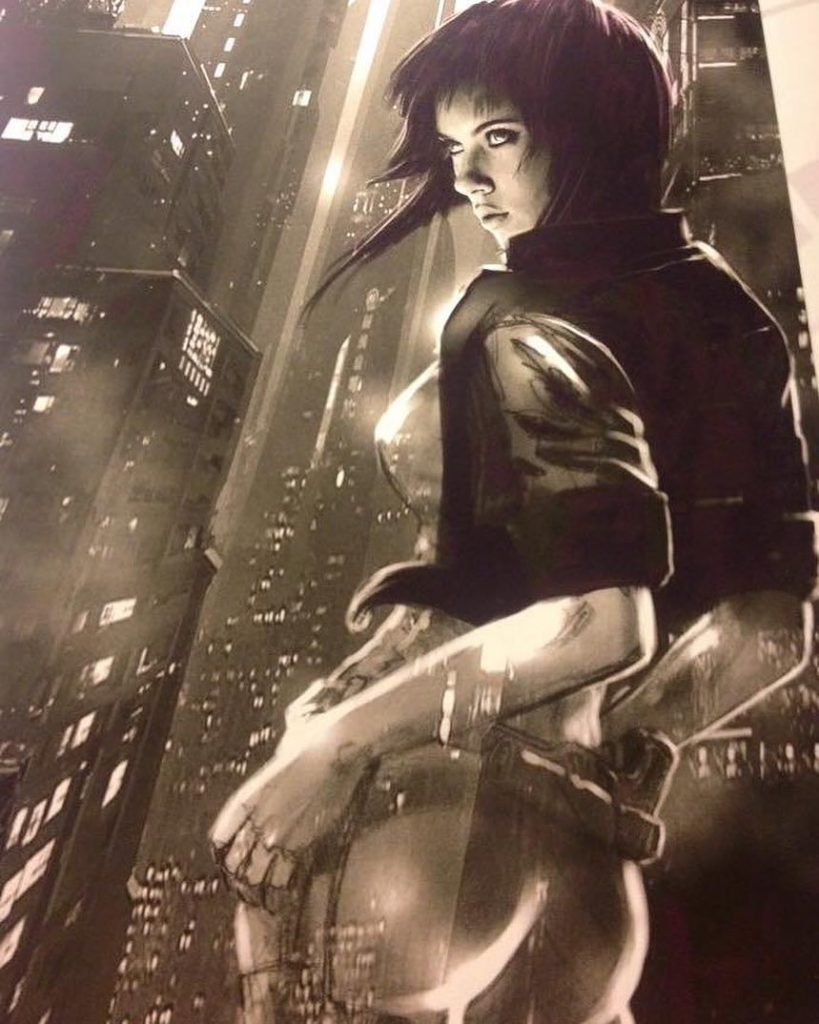 Given it is an adaptation of a Japanese manga comic series, the casting of Johansson as a human-cyborg crime fighter in futuristic Japan also sparked whitewashing accusations.

From a commercial point of view, it’s hard to argue with Johannson’s casting. She’s a worldwide star who, as the sci-fi hit Lucy and the Marvel comic book movies have shown, can carry off an action role.

Her presence would have drawn more viewers to Ghost in the Shell than a Japanese actress, at least outside Japan.

But diversity is such a hot topic that her casting was bound to be contentious, just as it was when Tilda Swinton was cast as the Ancient One – originally Tibetan in the Marvel comics – in Doctor Strange. And when Emma Stone played a Chinese-Hawaiian in Aloha.

Scarlett Johansson, the actor that played the role of a Japanese character in “Ghost in the Shell” was slammed for her portrayal of the role claimed by activists as “whitewashing.” The film suffered at the box office.

Media Action Network for Asian Americans (MANAA) slammed the casting of a “white” Scarlett Johansson in the role of Japanese character Motoku Kusanagi who was originally in the manga series. This claim and the casting of Michael Pitt for the role of Kuze (originally named Hideo) surfaced days before the opening weekend of the film.

According to the organization, Johansson was lying because she has declared in an interview in “Good Morning America” that she would never attempt to play the role of a person of a different race. The whitewashing done on the film was highly-condemned by the group.

The “Lucy” star reiterated further in the interview that her casting was in line with what she claimed about playing a different race. She said that for her, the character has no identity whatsoever because she was a human brain in a machinate body as per Mercury News. The fans that will watch the film can attest to her.

However, after watching the film, the MANAA leaders were pissed off and declared that Johansson was lying. In a report by Los Angeles Times, the MANAA claimed that casting the “Avengers” star for the role of Kusanagi was plain “whitewashing.” The 32-year-old actress plays Kusanagi who is an Asian heroine. In 2015, a backlash erupted after the announcement of the actress getting the role for Masamune Shirow’s “Ghost in the Shell” which the group joined.
They claimed that it is obviously being conveyed that Japanese actors cannot play Japanese roles in Hollywood. The group leader Robert Chan said that there is no reason why Asian heroes like Kusanagi and Hideo cannot be played by Japanese or Asian actors.

He further explained that the original “Ghost in the Shell” was shot in Japan and the new film did not specify its location but obviously some were filmed in Hong Kong. There are many Asian actors who can play the role perfectly well.

On the part of the people behind the film, their defense was first, the fame of Johansson (although it was originally offered to Margot Robbie). Second, they have actors in the film who are of different races. Lazarus Ratuere (Fijian), Takeshi Kitano (Japanese), and Pilou Asbæk (Dane) were cast in the film.

The casting in-charge claimed that “both the original 1989 manga and 1995 animated Japanese film were vague about Major Motoko Kusanagi’s original ethnic identity before her brain was placed into the body of a cyborg, this film verifies she was Japanese; her real name, in fact, was Motoko Kusanagi (her cyborg identity, implanted with false memories, was Major Mira Killian).”

Ghost in the Shell beloved in Japan, despite box office blowout in the West

Yahoo Japan’s movie review site lists the film at a decent 3.56 user rating, higher than that of the original anime. The Hollywood Reporter also spoke to local moviegoers, who mostly had positive things to say about the Ghost in the Shell remake. Praise went to the visuals, Scarlett Johansson’s performance and the overall original approach to the iconic source material.

On comment in particular stood out, however. THR spoke to a fan identified as Yuki, who thought that the film was better off with a white woman in the lead role, instead of a Japanese one as intended.

“I heard people in the U.S. wanted an Asian actress to play her,” Yuki told THR. “Would that be OK if she was Asian or Asian-American? Honestly, that would be worse, someone from another Asian country pretending to be Japanese. Better just to make the character white.”

Whitewashing controversy or no, adaptations of anime tend not to do well in the U.S.

This is smart, hard-lacquered entertainment that may just trump the original films for galloping storytelling momentum and sheer, coruscating visual excitement. Full review
Guy Lodge
Variety
Enjoy the credits because they offer some of the more arresting, inventive images in this visually cluttered yet often disappointingly drab movie. Full review
Manohla Dargis
The NYTimes
Ghost in the Shell struggles to dig below the surface of its thought-provoking concepts and bring real depth to its striking visuals. Full review
Sandy Schaefer
Screen Rant
« Smurfs – The Lost Village empowered by Demi Lovato
Victoria Justice »