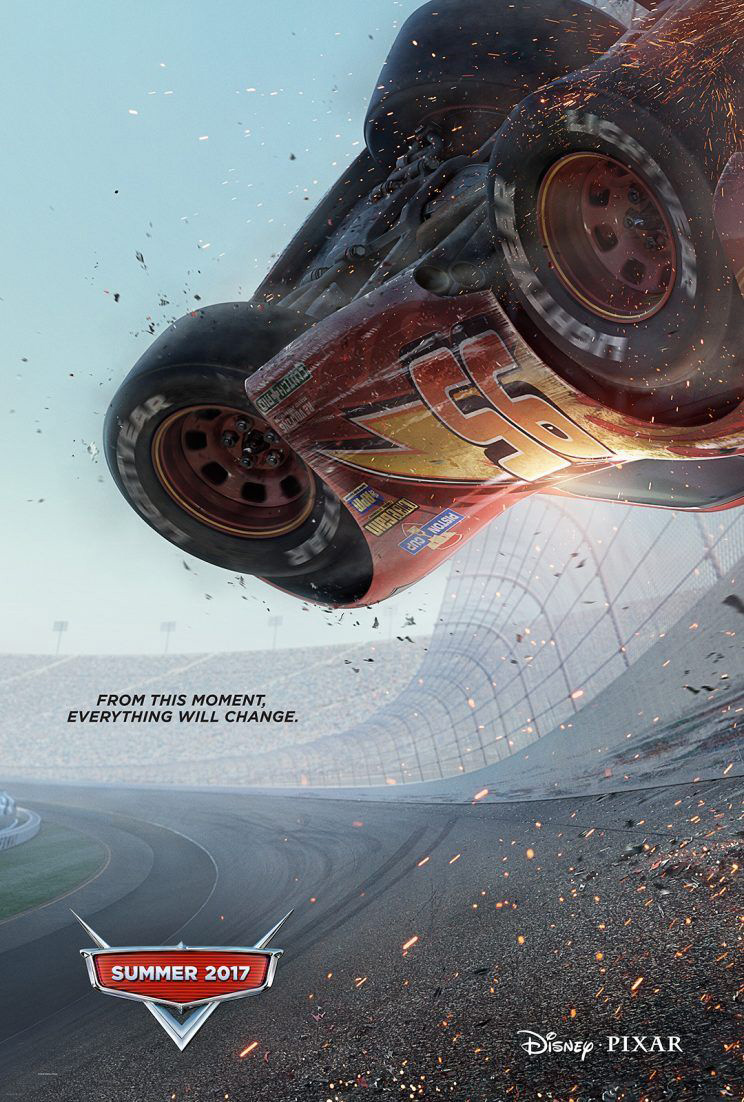 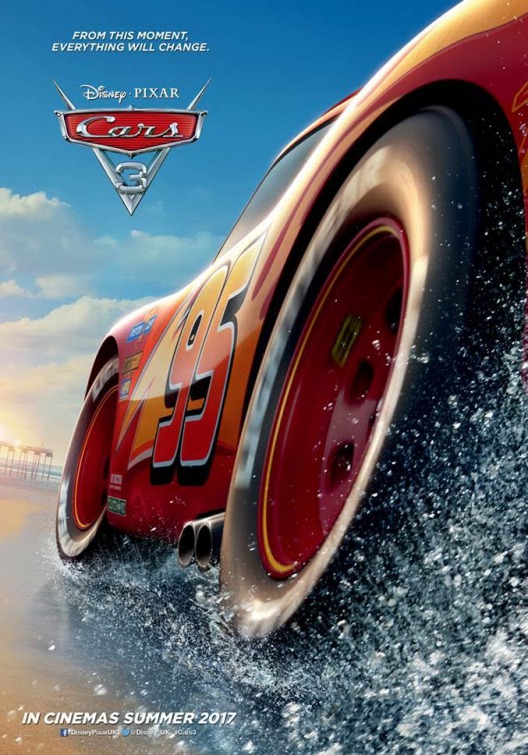 Lightning McQueen sets out to prove to a new generation of racers that he’s still the best race car in the world.

What is going to happen to this talking car?

Apparently, he will be taken to a junkyard, where he joins in singing about his former life and how he’s now ‘Worthless’. Then he’s taken by a crane magnet onto a conveyor, and crushed into a cube.

“I once ran the Indy 500. I must confess I’m impressed how I did it, I wonder how close that I came. Now I get a sinking sensation I was the top of the line, out of sight; out of mind, So much for fortune and fame”

“From this moment, everything will change.”
―Tagline

Cars 3 is an upcoming 2017 Pixar film, which will be the third in the Cars series.

Synopsis
“Blindsided by a new generation of blazing-fast racers, the legendary Lightning McQueen (voice of Owen Wilson) is suddenly pushed out of the sport he loves. To get back in the game, he will need the help of an eager young race technician with her own plan to win, inspiration from the late Fabulous Hudson Hornet, and a few unexpected turns. Proving that #95 isn’t through yet will test the heart of a champion on Piston Cup Racing’s biggest stage!”

Production
At the Disney stockholder meeting on March 18, 2014, Disney CEO Bob Iger announced that Pixar had begun pre-production on Cars 3.

Michael Wallis said on August 17, 2013 that the film would include Route 99 in California, while John Lasseter said during the Tokyo International Film Festival that a Citroën 2CV will appear in the film as a reference to Hayao Miyazaki’s movie Lupin the 3rd: The Castle of Cagliostro in a form of an old.

The first concept images were released by USA Today on May 30, 2016. Director Brian Fee also gave some info on the characters and plot.

“Cruz Ramirez is trying to figure out how this old dog can learn some new tricks,” says Fee.

“Think of where he’d be in his career now in real time,” says Fee. “(McQueen) is not an old man, but he’s one of the older cars on the circuit with new rookies coming in. People start to wonder and ask when he might retire.”

On June 8, 2016, Lasseter revealed that the film will include a different tone as well as a tribute to the first film’s character Doc Hudson.

On November 21st the first teaser trailer for the film was released. It showed McQueen about to have a horrific crash, like the one that forced the end of Doc Hudson’s Career.

Trivia
This is the first Cars film to not be directed by John Lasseter.
This will be the final film written by Daniel Gerson, as he died in 2016.