Why Didn’t ‘Cabin in the Woods’ Change the Horror Genre?

Drew Goddard’s electrifying 2012 film didn’t change the game, but it did remind audiences of the genre’s vitality.

It’s been five years since Drew Goddard’s directorial debut, The Cabin in the Woods, co-written with embattled geek idol Joss Whedon, opened in theaters to astronomical praise from critics, anchored by a deluge of reviews making the same claim: that the film was a game-changer, the kind of once-in-an-era piece of genre cinema capable of rewriting the rules of its classification. Maybe half a decade is too small a sample size for bearing out the truth of hyperbole, but lo and behold, the game remains mostly the same. We’re still making schlocky horror movies; we’re still setting a handful of those movies in cabins located way out in the woods, honoring one of horror’s classic set-ups via repetition. So it goes.

What has changed since 2012 is pop culture’s attitude toward horror. You could call it a matter of tastes changing, perhaps, or you could say that The Cabin in the Woods, out in digital 4K for the first time Tuesday, made such a profound statement about the mechanics of the horror blueprint that the genre opened up and became newly accessible to people otherwise uninterested in its mores. Either way, horror films have enjoyed a respectability renaissance in the intervening years, gifting viewers with gems and new masterpieces, from Jennifer Kent’s The Babadook to David Robert Mitchell’s It Follows, Robert Eggers’ The Witch to Leigh Janiak’s Honeymoon, Trey Edward Shults’ It Comes at Night to Agnieszka Smoczynska’s The Lure (with too many others to name littered among them). It’s a great time to be a horror fan, casual or diehard.

The Cabin in the Woods isn’t responsible for these films getting funded and made. It doesn’t even share the same zip code as these movies, residing in a zone of meta-references and tongue-in-cheek humor that the most celebrated horror flicks of the last few years tend to eschew. Instead, it’s responsible for demystifying horror as a concept and highlighting horror’s virtues as a mode for telling stories. Goddard and Whedon lay bare the most fundamental horror formula, treating the figurative ritual of watching horror movies as an actual ritual for satisfying the most eldritch and sanguine of impulses. Just as the shady government bureaucrats in the film perform annual human sacrifices to stave off violent, apocalyptic death, so do we watch horror to face our fear of death and maybe learn a thing or two about ourselves in the process. (The Cabin in the Woods is a fun romp, but it’s also a heavy thought exercise about the cost of preserving the greater good.)

It may seem odd, at a glance, that a movie qualified as a landmark in its genre could influence its genre so indirectly, but how do you apply The Cabin in the Woods’ structure and premise to new productions without ripping it off? Put simply, you can’t. But the film’s legacy is its dissection of its genre, similar to Scream, the movie that changed horror in the 1990s. Scream inspired copycats and too many sequels for its own good, but it also had the luxury of an easily copied formula. The Cabin in the Woods, by contrast, neither spawned legions of knockoffs from Lionsgate’s competitors nor changed the flavors of horror movies made by the industry. What it has done, rather, is changed the way we watch and think about horror movies by treating metaphor as text instead of subtext: It’s an undisguised horror movie about horror movies, much as The Babadook is an undisguised horror movie about being a single parent or It Follows is an undisguised horror movie about adolescent sexuality. You don’t need to do any legwork to figure that out — it’s all there on the surface.

Maybe that’s The Cabin in the Woods’ big contribution to pop culture: surface-level explorations of our interiors. Sometimes those explorations are couched in allegory. Other times they’re more literal, as seen in non-horror media like Inside Out or Westworld; they might belong to different genres, but from the desks and monitors of sequestered control rooms, they emphasize the same theme of life dictated by forces beyond our control. In each of these cases, though, The Cabin in the Woods has altered only us. We’re playing the same game we always have. The difference is that now, we’re more aware of it than ever.

If one genre gets lampooned or self reflective it is the horror genre. Scream or Behind the Mask: The Rise of Leslie Vernon didn’t change the direction of slasher movies. Wes Craven’s New Nightmare didn’t stop the strange commodification of horror slasher icons. Final Girl and Final Girls don’t seem to have changed how we write horror stories too much.

Horrot will always be a strange genre. Because they are relatively cheap to make and teenagers don’t need a big star to go see a horror movie, they will always be popular. They will also always offer the biggest slop of Hollywood’s offerings (open up Netflix’s Horror section) and it will also be the one place we will continue to see innovation and genius in film making. Not just including the recent hits like It Follows or Get Out, you can trace back a lot of Hollywoods biggest directors today back to horror. Spielberg, Peter Jackson,, del Toro, Aronofsky, James Cameron, Sam Raimi and many more started out in horror.

We will continue to see schlock horror and great horror movies. One won’t stop the other.

Sam Raimi features the 1973 Oldsmobile Delta 88 (the car he got in high school) in the majority of his films. The most obvious being The Evil Dead series, of course. 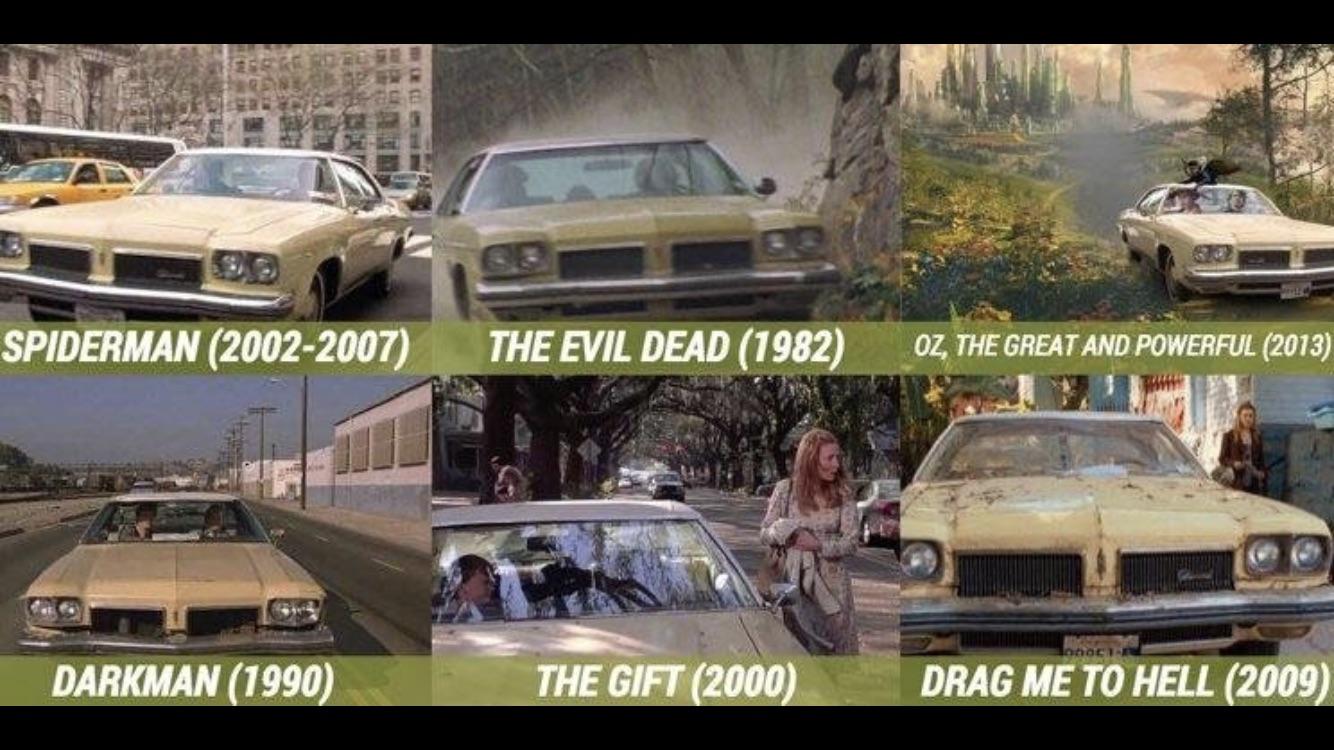