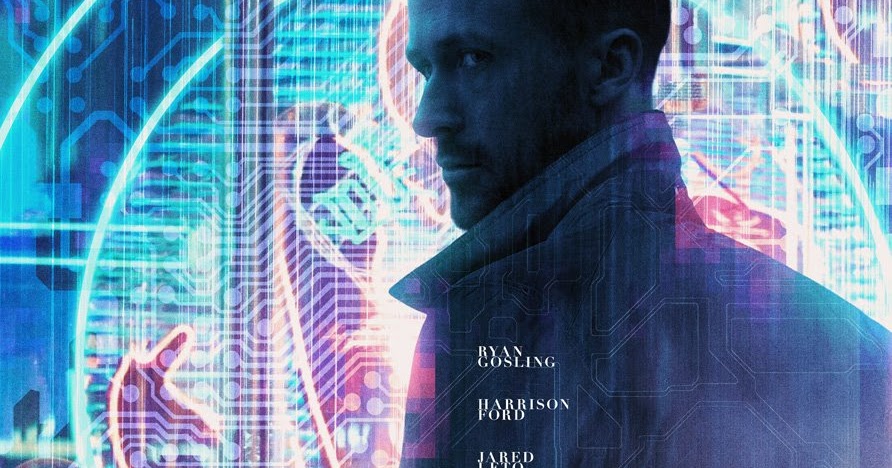 Officer K (Ryan Gosling), a new blade runner for the Los Angeles Police Department, unearths a long-buried secret that has the potential to plunge what’s left of society into chaos. His discovery leads him on a quest to find Rick Deckard (Harrison Ford), a former blade runner who’s been missing for 30 years. From the latest trailer and the prior ones do you guys think that all of the humans are extinct or nearing extinction? Potentially from radiation from World War Teminus or the Voight-Kampff test being used by the LAPD to hunt down and kill humans. Or that perhaps Jared Leto’s character Neander Wallace along with Robyn Wright’s have an ulterior motive concerning the replicants.
It seems like something big is going on differing from the more small scale cat and mouse chase of the first Blade Runner given the lines “you’ve bought a war” and “this breaks the world” as well as Deckard saying that him and Rachel were being hunted. But hunted by whom? Tyrell/The Tyrell corporation, the LAPD or a third party.

yumcake: I think the reveal is going to be that most of society’s leadership are already replicants and have been for some time. Or, that most if not all of society has already been supplanted with replicants that are unaware of their nature. Perhaps humans are already extinct.

The running-time for Blade Runner 2049 is 2 and a half hours. Will that affect the BO at all? The sequel is set several decades after the 1982 original, with Ford reprising his role as Rick Deckard. Plot details are mostly being kept under wraps.

Ridley Scott directed the original, which was set in a rainy dystopian version of Los Angeles in 2019 and followed Deckard as he pursued four replicants who had escaped from an off-world colony. The androids, led by Rutger Hauer’s Roy Batty character, sought to extend their four-year lifespan.

The film, which was not a box office success on initial release, grew in stature over time. It was selected in 1993 for preservation in the United States National Film Registry by the Library of Congress.

The sequel is written by Hampton Fancher and Michael Green, and succeeds the initial story by Fancher and David Peoples, based on Philip K. Dick’s novel “Do Androids Dream of Electric Sheep?”

The fact they’re making a distinction between it being 2 hr 32 without credits rather than just biting the bullet and admitting it’s actually 2 hr 43 tells you everything you need to know. The studio certainly thinks the runtime is going to hurt it. I mean with the usual amount of previews that turns this into a 3 hr movie. That means what… 3-4 showings per screen a day as opposed to 5-6? The movie was already a marketing challenge so I don’t see this ending well.