Alison Brie, Danica Patrick, and All The Hottest Red Carpet Arrivals At The ESPY Awards 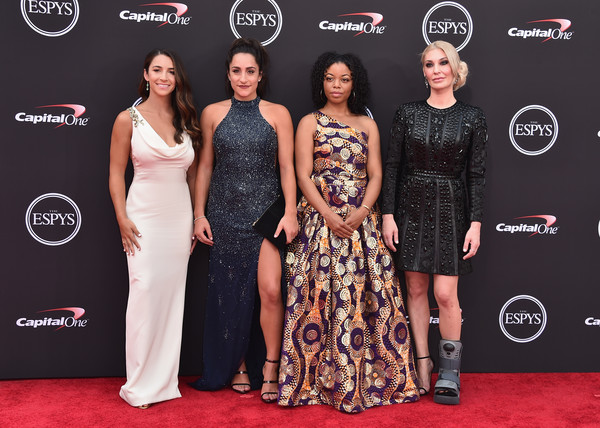 Last night’s ESPY Awards may be making headlines thanks to a disastrous performance by host Danica Patrick, but thankfully she and a host of other hot celebs and athletes made up for it with a red hot red carpet display of sexiness! It was a veritable who’s who of who’s hot in the world of sports, with a smattering of hot Hollywood stars thrown in for good measure.

Leading the charge of Hollywood hotties representing last night were GLOW star Alison Brie, who’s plunging neckline showed off plenty of captivating cleavage! However, Eiza González, Olivia Holy, Draya Michele, and Jessica Szohr were also on hand to steal at least some of the focus.

So whether you like your babes getting sweaty on the court or steamy on the screen, there’s no denying that there was a little bit of something for everyone to enjoy last night. Some awards were handed out as well, from what I’ve been told, though I have yet to see any confirmation of this fact.